A reporter has won a 10-month fight to name a child sex abuser who was granted anonymity on the grounds he could be at risk from so-called “paedophile hunters”.

Tanya Fowles, who reports on courts across Northern Ireland and also serves as a BBC local democracy reporter in the region, is now able to name Joel Heak after she investigated the truth of the claim herself.

HTFP reported in February how Tanya had been barred from naming Heak after a police officer claimed in court the accused could be at risk from so-called “paedophile hunters” during a hearing at Armagh Magistrates Court.

But a Freedom of Information request by the journalist subsequently called the officer’s testimony into question after it revealed police attended seven incidents in the entire County Armagh area during 2019/20, with no prosecutions arising as a result. 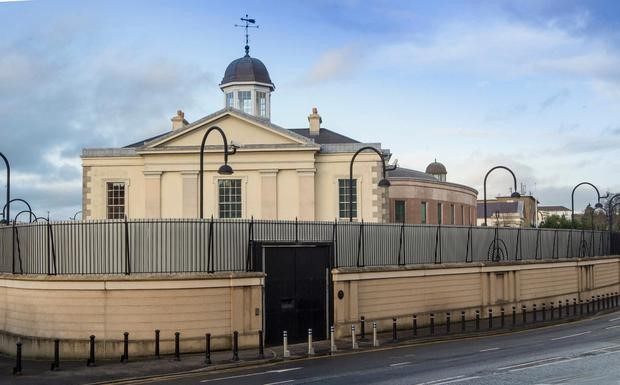 This contradicted the officer’s evidence of paedophile hunters “going to houses and attacking individuals.”

When Heak’s case was transferred to Newry Crown Court, pictured, the 20-year-old initially pleaded not guilty but later switched this and admitted taking his four-year-old victim’s hand and placing it on his own exposed genitals.

Tanya filed a submission again challenging the reporting ban, pointing out Heak has a similar conviction for which he received a suspended prison sentence.

It was pointed out no ban was sought or granted in other that instance, which Judge Paul Ramsay QC, noted was relevant.

The officer who previously gave evidence around alleged paedophile hunter attacks was in attendance and did not dispute the evidence put forward on the analysis carried out by Tanya.

After consideration, Judge Ramsay ruled in favour of the reporter and lifted the reporting ban.

Speaking to HTFP, Tanya said: “This reporting restriction should never have been granted. The information provided by the police officer under oath was inaccurate and speculative.

“Court orders must be based on evidence, not speculation. There are specific rules in place around applying for reporting restrictions however in fairness to the officer, the Police Service of Northern Ireland refused to meaningfully engage.

“There appear to be issues around what is required of police in these situations.”

Heak was placed on probation for two years and will be bound by a Sexual Offences Prevention Order for seven years.

He will also remain on the Sex Offender Register for 5 years.