A reporter has been barred from naming an alleged child sex abuser after a police officer claimed the accused could be at risk from so-called “paedophile hunters”.

Tanya Fowles fought in court to identify the defendant in the case, but a judge has ruled a Reporting Restriction Order must remain in place after an officer stated his belief that paedophile hunters are “active” in the County Armagh area.

The man in question is accused of intentionally encouraging a child to engage in sexual activity on an unknown date in 2018.

Tanya, who reports on courts across Northern Ireland and also serves as a BBC local democracy reporter in the region, pointed out in her challenge that if real and imminent risk to the accused was a grounding principle for the order to remain, evidence would be required from the police. 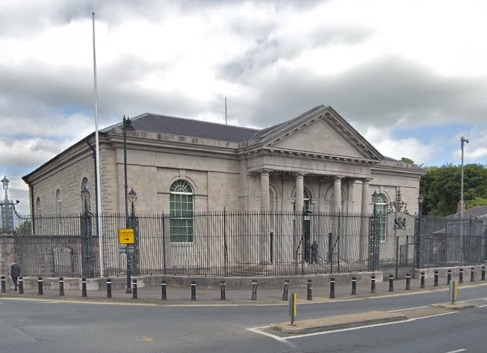 But lawyers representing the defendant argued the risk was evidenced by a “very experienced police officer who lives locally relevant to this case”, and Deputy District Judge Philip Mateer sided with the defence after the officer in question gave evidence on oath of incidents where paedophile hunters had attacked other people after going to their houses.

When the case first appeared before Armagh Magistrates Court in December, the required advance notice was not provided to the press in respect of the reporting ban, and the position was challenged through the Office of the Lord Chief Justice.

Enquiries by Tanya following that hearing revealed the application which preceded the order was agreed upon by the Police Service of Northern Ireland, Public Prosecution Service and defence counsel.

The basis for the order was that there was a “risk to the safety, health and well-being of the defendant as he is in fear of attack if identified”.

Tanya submitted her challenge when the matter was revisited by the court on Tuesday, arguing the police had presented no such evidence to the court.

In it, she said: “If this RRO is based on a risk of identification of the complainant, an RRO is not required as press are fully acquainted with the rules around jigsaw identification and it is an editorial decision how publication should proceed.

“If however the RRO is based on risk to the defendant, appropriate evidence must be supplied in court by PSNI.”

In response, the judge told the hearing: “Much of what is in the press submission is factually accurate.

“If the order doesn’t comply with usual requirements toward press, as the guardians of public interest, I am duty bound to consider what they are saying.”

The “very experienced police officer” cited by the defence joined the hearing via video link, at which point the judge enquired what the officer had previously told the court.

In response, the officer said: “I connected [the accused] to the charge on the first occasion and having worked in the area the defence asked me some questions.

“It’s a small community and I would have been familiar with the family name. It wouldn’t have taken a lot of process to find out who they were from the nature of the incident.”

The judge said he was “concerned any limitation on the rights of press must be in accordance with law and principle of open justice”, adding: “This issue is if the order made is specific to preserving the anonymity of the defendant.

“It can only continue to have validity if the court is satisfied it is necessary to protect him.”

He again asked for evidence on this, to which the officer said: “It’s a small, rural community. The family would be well known. I think he would be easily identified, and I know there have been incidents recently where paedophile hunters have gone to houses and attacked individuals.

“I am aware that is prevalent within the area, or certainly was last year. They have turned up at houses and one was arrested for assault. After that there was a bit of a lull, but I believe they are still active in the area.”

Announcing his decision to uphold the order, the judge said: “You’ve given evidence on oath of a prevalent fact that a so-called paedophile hunter actually attacked someone.

“I’m content an order is required. I do believe there is a threat to this man’s life if his name is identified.”