Reporter to ‘step away’ from journalism after brain tumour surgery 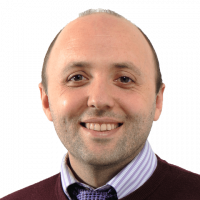 A former regional daily reporter is to “step away” from journalism after undergoing surgery on a brain tumour.

Phil Hay has announced he will be taking time away from his duties as Leeds United writer at The Athletic “for a few months” after being diagnosed with the tumour.

Phil, pictured, previously worked at the Yorkshire Evening Post for 15 years before joining a group of fellow football journalists in leaving the regional press to join the US-based sports news website in 2019.

He revealed his diagnosis in a piece for the Athletic explaining his forthcoming absence, adding doctors expect him to make a full recovery.

Relating his experience to that of a number of footballers he has interviewed about their own personal illnesses or family tragedies, Phil wrote on Wednesday: “Resilience like that was good to lean on when I was told before Christmas that I would need surgery on a brain tumour. It was easy to take the news with a matter-of-fact attitude because I’d seen how other people dealt with and processed significantly worse situations.

“I don’t want to dwell on my diagnosis. The tumour is benign and I won’t need radiotherapy or chemotherapy.

“The specialists expect me to make a full recovery. But I will be gone from The Athletic for a while and I didn’t want to vanish without explaining why.

“All of you who read this website pay for the content and pay well. All of us who work for The Athletic are extremely appreciative of your support. We have a ridiculously good team of writers here (better writers than me) and my disappearing for a few months will not compromise our Leeds United coverage at all.

“If anything, I’ll be hoping the quality of the features don’t put me out of a job… and as for my weekly podcast, that will be covered too, with the help of the boys at [Leeds United fanzine] The Square Ball. Even as the surgeons get the chainsaw out, I’ll be desperately thinking about getting back to work.

“So, anyway, brain surgery tomorrow. I live in hope that they’ll find one. And in the meantime, look after yourselves.”

Phil has since been inundated with good wishes from both journalists and football fans alike on Twitter.

Tom Marshall-Bailey, head of football for Yorkshire at Reach plc, wrote: “Really sorry to hear this Phil. Sending my best wishes to you and your family for a speedy recovery.”

Fellow Athletic journalist Philip Buckingham, formerly of the Hull Daily Mail, added: “Not many reporters would command this level of goodwill, Phil. Says everything.

“Put self before side this time and look forward to having you back.”

And Yorkshire Post and YEP sports editor Nick Westby said: “A terrible situation handled with grace and humility as always.

“That pay-off line might even be your best yet. Thoughts and prayers with you and the family, Haymaker.”