Reporter thanks Good Samaritans after being stranded before ‘important’ appointment 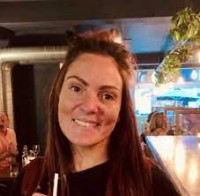 A regional daily journalist has thanked strangers who missed their train to help her and her son make an important appointment.

Liverpool Echo reporter Kate Lally was stuck with her 19-month-old son Billy at Freshfield railway station, in Formby, after realising she couldn’t get over the footbridge with her buggy.

But a man and a woman came forward to help Kate, pictured, missing their own train in the process.

Kate has now publicly thanked the Good Samaritans in the Echo.

She said: “I was at Freshfield station a few minutes before the Southport train was due, so the barriers were down.

“I just completely forgot to factor this in as I’ve not got the train for a while, and there was no way I was getting the buggy with my son in it, up, over and down the other side by myself.

“A man and a woman approached me and offered to help. It might not sound like that much but it meant the world to me.

“The guy helped me haul the buggy with my son in it across the bridge, and I just made the train.”

Kate added: “They said they’d missed their train by about 30 seconds so I felt terrible that I was able to get mine and they hadn’t been.

“If I’d missed this train, I’d have missed an important appointment, and I’d likely have had to wait months for another one.

“It’s so lovely when people do things like this for others, it reminds you of all the good that is still in the world.”