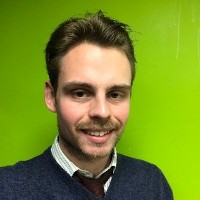 A regional daily journalist was punched in the face by suspected arsonists while he tried to film them building an illegal bonfire.

Detectives are hunting a gang of youths who attacked local democracy reporter Joe Gerrard, leaving him with bruising around his left eye.

Joe, who works for the Hull Daily Mail under the BBC-funded scheme, attempted to take pictures of the gang on Bonfire Night in the Gower Road area of Hull..

The youths then chased the 27-year-old into a nearby branch of Sainsbury’s before cornering him at the counter and telling him to delete the photos.

The assault follows several reports of antisocial behaviour and arson attacks in and around Gower Road in recent weeks.

Humberside Police’s enquiries remain ongoing after the incident was reported to the force, which is also currently investigating several cases of suspected arson in the area.

The assault happened at about 3pm on 5 November, while Joe was out speaking to people in the Gower Road area about the scale of anti-social behaviour problems there.

Joe, pictured, told the Mail’s Hull Live sister website: “I was hurt and shaken at first but I’ve since seen a doctor who said I haven’t suffered any lasting damage, I got off relatively lightly.

“I’d like to thank the staff at Sainsbury’s for taking me in after the incident before a colleague was able to come and get me.

“Having since reflected on what happened, I think it shows that some youths there clearly feel empowered and emboldened to act as they like.

“The reason for that is unclear, but from speaking to residents it seems anti-social behaviour problems have been worsening for at least a couple of years.

“Given Bonfire Night’s incident and the recent attacks on fire crews and others, there seems to be almost an atmosphere of impunity.”

Joe went on to praise Humberside Police and stated his belief that “officers will do everything they can to try and find those responsible”.

He added: “Before it happened I spoke to residents who told me they were scared to live in the area and for their children and families, one woman I spoke to said youths had taken to throwing chairs at the front door of her elderly next door neighbour.

“And as all anti-social behaviour does, it begs the question of what society and what the powers that be are doing to improve conditions for people in deprived areas.

“The link between deprivation and anti-social behaviour, crime, addiction and other problems is well-established, people aren’t anti-social for no reason.”