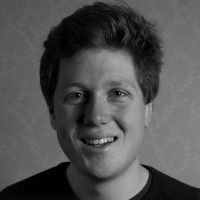 A coroner told a reporter that revealing details of a 12-year-old boy’s death was “not in the public interest” after concluding an inquest in just four minutes, it has been claimed.

Milton Keynes coroner Tom Osborne allegedly refused to give James Llewelyn any details of the circumstances leading to the tragic accidental death of Chase Angus, who was found hanged at home, telling the journalist to “get himself a lawyer” when challenged.

James, who works for Reading-based agency Hyde News & Pictures, challenged Mr Osborne over the lack of detail being made public after the inquest was held.

James, pictured, protested over the brevity of the inquest and what he called the “complete lack of facts,” stating the hearing was “supposed to be a public examination of the facts surrounding the boy’s death and that he was there representing the public”.

But Mr Osborne declined to give more information, stating it was his “prerogative” under Rule 23 of the Coroner’s Rules to decide how much detail to give at an inquest, with James claiming the coroner told him he should “get himself a lawyer” after his challenge.

Said James: “I was taken aback when the inquest was opened and closed in such a short time. I remember from my NCTJ course at PA Training that it was my job to challenge rulings which I feel are wrong.

“In this case, the coroner hid behind his rule book which appears to give him powers to hush-up deaths I am sure most people would think were of public interest.

“We will never know whether there were any lessons to be learned from this poor child’s accidental death – because the coroner refused to disclose anything from the police investigation.

“As I was one of just three people in that room, I think he could at least have offered some explanation for his decision – telling me to consult a lawyer was not helpful.”

In his summary of the inquest, the only details revealed by the coroner were that Chase’s death had been reported to him and he had requested a post-mortem examination, that the child was confirmed dead by a Dr Tahir on 20 November 2020, and that the Angus family was not attending the hearing.

He had previously told the hearing, at which the coroner’s officer was the only other person present, that the boy was found unresponsive at about 7.50 on 30 November in his bedroom and that the stated cause of death was a ligature around the neck following a post-mortem examination carried out by Dr Angus Molyneux on 4 December.

A GP report which the coroner reviewed showed that Chase had “suffered from all the usual childhood maladies but nothing of any importance”, while Mr Osborne said he had “received a note from Mr Angus’ parents describing him as a lovely, very sociable young man”.

The coroner stated that Chase was 12 years old and was born on 5 December 2007, adding his place of death was Milton Keynes University Hospital.

He added: “The conclusion that I have reached on the basis of the evidence is he died as a result of an accident.”

After the hearing, James placed a request with the coroner’s officer for more background and more detailed summaries of the documents involved in the case.

He said: “The coroner agreed to allow me to make an application to him. I requested more thorough summaries be given of the police report into the death of Chase and the circumstances that led up to it.

“The coroner reminded me of his prerogative under Rule 23 and stated he felt an adequate summary of the document was given in the hearing.

“I requested that the coroner consider that this was supposed to be an open and public hearing and that the inquest was a public examination of the facts of a death.

“I also reminded him of the public interest in this case as a young boy had lost his life and it was important to examine whether any opportunities to save his life were missed by the authorities.

“The coroner said he felt there was no public interest in this case and he would not be releasing any more details or documents regarding the case.”

A report of the inquest has since been published by the Milton Keynes Citizen.

The Office of the Chief Coroner declined to comment on the incident when approached by HTFP.