A regional daily’s “powerful” front page published in the wake of the Sarah Everard case today has gone viral after being retweeted by Gary Lineker.

But although the case has provoked widespread outrage, Northern Echo editor Karl Holbrook believes not enough is still being done to protect women.

The newspaper’s front page today carried images of 80 women who have allegedly been killed by men since Sarah’s murder six months ago. 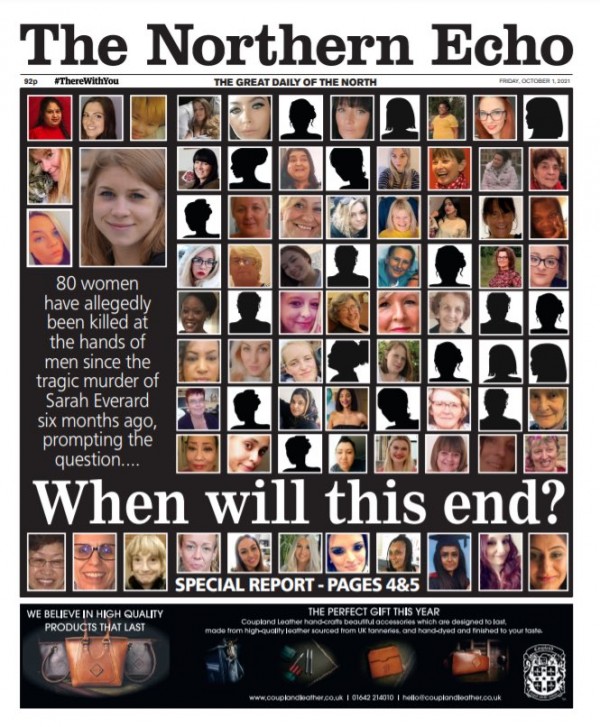 Karl told HTFP: “Six months ago when Sarah Everard was murdered the whole country seemed to wake up to the reality of male violence and misogyny.

“But for all the outrage, very little has changed and these kinds of offences roll on unabated, as our front page shows.

“We wanted to bring home that stark, disturbing reality and I’m pleased it has resonated with so many people.

“But this moment has got to be about more than newspaper front pages, retweets and endless commentary – it’s got to be about making a change in our society and it’s incumbent on all of us to ensure that happens.”