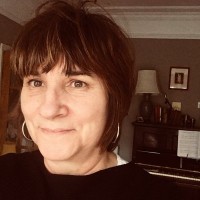 Pressuring young journalists to develop “personal brands” and conduct live broadcasts may be fuelling online abuse against them, publishers have been warned

Abbey has undertaken research with Leeds Trinity University journalism trainer Jenny Kean to examine what more can be done to protect those entering the industry who face trolling online.

The resulting report has praised editors for taking “proactive steps” to support staff but warned there is “still too much responsibility placed on victims of abuse to learn just how to deal with it”.

It questioned whether young journalists should be sent out to record Facebook Live broadcasts “knowing the torrent of abuse they receive” and asked whether there is “too much pressure on journalists to develop a personal brand, sharing information that may make them vulnerable to abuse”.

The report also raised concerns as to whether journalists from diverse backgrounds are receiving enough support despite being “most at risk of online abuse”.

Speaking to HTFP, Jenny said: “I think the first two of these questions are fairly closely tied up in some of the business models now being adopted by regional publishers, in particular, so the solution is not immediately very obvious I have to say.

“But I would like to see them acknowledge their duty of care in not putting young, trainee, female journalists in particular into these kinds of vulnerable situations.”

“I know some employers do say that they do not pressurise their journalists to brand themselves on social media, but you only have to look at the journalists who are on Twitter in particular to know that it would be very hard to operate effectively now as a journalist and not be fully visible and active on social.

“Our research did indeed show that with the shift to digital and online, journalists are increasingly being required by their employers to have an online presence and to interact with their audience.

“For regional and local journalists, this becomes even more important in order to get the engagement, views and clicks that the publishers seek.

“In the pre-digital age, many journalists, though admittedly not all, operated more anonymously but as they are pushed more into the public eye, they now become a target for online abuse.”

Susie told the researchers: “Most of [the Facebook Lives] I’ve done have been completely riddled with abuse. Seeing [the abuse] on the screen is like going onto a stage and enacting a scene where you have to make the lines up as you go along, with thousands of people jeering at you and yelling insults.”

Describing Susie’s comments as “very telling”, Jenny told HTFP: “One thing our research really highlighted was the issue around regional journalists in particular being asked to do Facebook Lives. Most of our interviewees told us that Facebook Live video broadcasts pose the most worrying threat to trainee journalists.

“They said these broadcasts, which are filmed live to thousands of viewers, attracted the most ‘personal’ remarks and ‘disgusting’ abuse.

“One respondent was targeted with ‘nasty’ comments on her appearance while filming a broadcast at a crime scene, where she was expected to film to thousands of viewers with little information on the incident.”

Jenny added: “While it is encouraging to see editors taking proactive steps to support their staff, Abbey and I did ask whether further steps could be taken to support trainees.”