A seven-figure plan to turn a regional daily’s former home into flats and business units has been submitted for approval.

Planning chiefs at Barrow-In-Furness Borough Council are set to consider the proposal for the old Newspaper House headquarters of South Cumbria daily The Mail.

Under the £1m plans, the site would be transformed into 11 new one and two bedroom apartments and three business units.

Developer David Clark, of the Abbey Road Regeneration Group, previously said he was planning the development to provide housing at “the very top end of the market”. 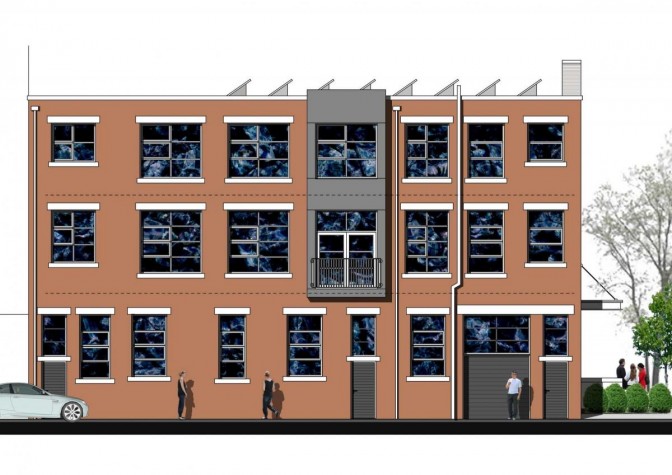 An artist’s impression of the development

According to The Mail, the plans state the historic facade of Newspaper House, will see minimal alterations so the design is “sensitive to local character and history”.

A new entrance will be created at the side of the building with a protruding steel canopy, if the plans are given the green light, while the apartments will also feature balconies and a terrace will be constructed on the roof.

A lift would be installed inside, while office space and studio workshops would be situated on the ground floor.

Newsquest Cumbria left the building after deeming it “no longer suitable for the newspaper’s needs”.

The Mail’s address is now listed Newspaper House, Kendal, home of sister weekly the Westmorland Gazette, but Newsquest says reporters “continue to be based within the Barrow community”.