A regional daily’s photographer stepped in to fix a vulnerable woman’s door while he was covering her housing association’s failure to repair it.

Manchester Evening News photographer Steve Allen came to the rescue for Theresa Whelan when he was sent out to take pictures of her faulty door.

Widow Ms Whelan, 64, stayed up all night “frightened” after nobody came to fix her back door which had expanded in the heat.

She has suffered six strokes and was unable to resolve the issue herself. 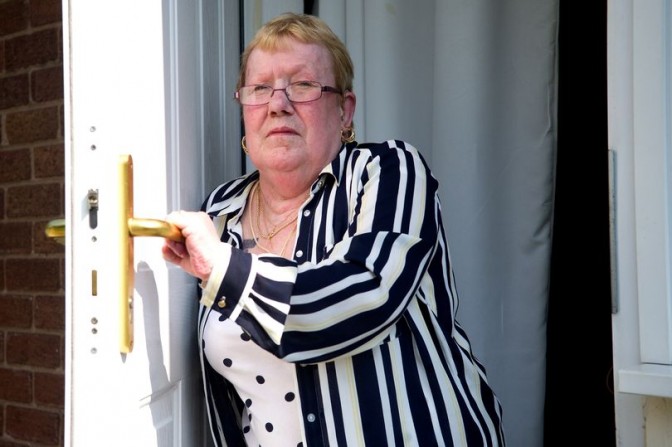 Theresa Whelan by the faulty door

But luckily Steve, who has past experience in the building trade, was able to help while covering her plight after realising the plastic was catching on the plate at the bottom of the door.

He managed to close the door “with a bit of brute force and hand sanitiser gel”.

Steve told the MEN: “She obviously lives on her own and just wanted to feel safe.”

He added: “She just hasn’t got the strength. She seems a lot happier now than before I came. I told her she can get some sleep now.”