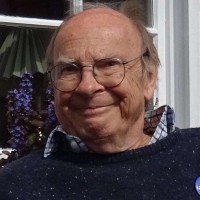 A regional journalist who moved to the Morning Star after joining the Communist Party has died aged 75.

Tributes have been paid to Martin Gostwick, who served as the Star’s Parliamentary correspondent and Scotland correspondent during his career.

Martin, pictured, began his career on the Acton Gazette and later worked in the local media in Canterbury, Worcester and Reigate before joining local government magazines, Municipal Journal and Municipal Engineering.

He later joined the Star, and subsequently became the curator of the Hugh Miller Museum in Cromarty after moving to Scotland with his Inverness-born wife Frieda.

Martin’s brother Giles told the Ross-shire Journal: “He was a very natural writer. Writing was his passion. He was also a natural storyteller.

“He was a very warm person and passionate about the community.

“It was about supporting people and the common people which was why he was a Communist.”

Historian and Cromarty resident David Alston added: “He made a big contribution to the recovery of understanding the importance of Hugh Miller not just locally but throughout Scotland.”

A private service and cremation took place on Friday.