An online-only title is set to publish a regular print newspaper following a successful fundraising campaign.

The Barnet Post has announced it will launch as a monthly print edition from July with a free circulation of 15,000.

The Post initially launched online in February but two months later began a four-figure fundraising bid to enable it to begin publishing as a print title.

The copies will be available to pick up from community venues including cafes, pubs, libraries, community centres, hair salons and places of worship, alongside some door-to-door distribution. 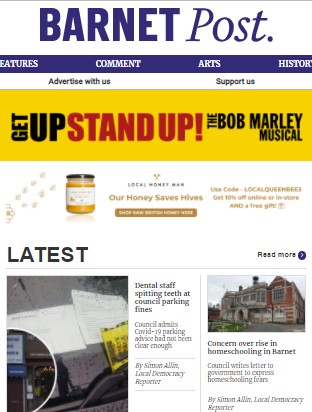 Post editor Bella Saltiel said: “I am so pleased that Barnet Post is going to print. As a print publication we can reach many more people, in particular we will now be able to provide local news to those without internet access.

“Print publications are an important part of news-telling, offering a tactile object can really bring stories to life.”

David Floyd, director of Social Spider, said: “Print newspapers connect with local people in a unique way and play a vitally important role in both holding power to account and promoting a sense of belonging at a local level.