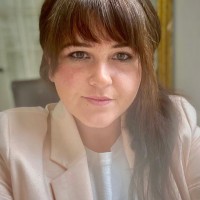 Two sister dailies have hired a new editorial chief to focus on what readers “want” from the newspaper.

YP editor James Mitchinson says Caroline, pictured, will help him to “see and hear more of that which people want from us” in her role.

Caroline began her career in 2010 as an intern at the Press Association in Newcastle, which also saw her write for the city’s daily titles The Chronicle and The Journal.

She then spent seven years with Manchester-based content and public relations firm Axxon Media, where she eventually rose to become director of content, before going freelance from 2018 onwards.

“Caroline will help me to see and hear more of that which people want from us so that we can be the highly trusted news outlet that you feel you can support with your own [money].”

Caroline added: “Brilliant to be on board and looking forward to getting to know Yorkshire Post readers even better.”