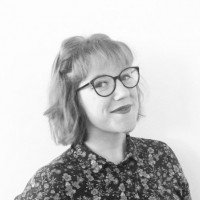 A former national newspaper journalist has been unveiled as a regional daily’s new Westminster correspondent.

The Yorkshire Post has announced the appointment of PA news reporter Caitlin Doherty to the role.

The move comes after her predecessor Geri Scott left the Leeds-based daily to go the other way, joining the national news agency’s lobby team.

Caitlin, pictured, had worked for PA since 2018. Prior to that, she had held reporting roles with both The Independent and the Daily Express.

Posting on Twitter ahead of her first day with the Post on Monday, Caitlin wrote: “PA has been an indescribable job and I’ll miss the team terribly but I can’t wait to get started.”

Post editor James Mitchinson added: “Caitlin will be the eyes and ears for Yorkshire, in and around Whitehall, helping us to speak truth to power on your behalf.”