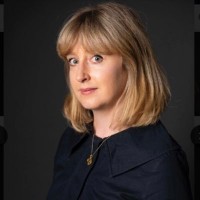 A national editor has hit out after a local newspaper published a Government minister’s claims about one of her journalists with “no evidence”.

HuffPost UK editor-in-chief Jess Brammar, pictured, has criticised the Saffron Walden Reporter for not initially giving her right of reply to comments made by Equalities Minister Kemi Badenoch, who alleged the website had stoked a ‘false story’ about her on social media.

The claim was later removed from an online story on the Reporter’s website, while the paper has also subsequently published a comment on the matter from Jess.

Mrs Badenoch’s comments to the Reporter came after she publicly attacked HuffPost journalist Nadine White for sending her a routine enquiry for a comment on a story last month.

A series of tweets by the Saffron Walden MP at the time branded the enquiry “creepy and bizarre” and accused Nadine of creating disinformation by asking questions about a campaign promoting the coronavirus vaccine programme.

The social media rant caused Nadine to make her own Twitter account private due to the abuse she subsequently received, but Mrs Badenoch’s behaviour has since been defended by Downing Street.

In her interview with the Reporter, published yesterday, Mrs Badenoch said: “A false ‘story’ was being stoked on social media, even before the first deadline had passed for my response to be issued by the journalist in question.

“Whilst I do not usually respond to journalists via social media, in this instance I felt I was being deliberately targeted.

“This is not the first time I have felt this way as a result of the particular publication’s approach to reporting on me personally, or the work that I do.”

She added it was incumbent upon her to call out what she termed “actions that foster mistrust and misinformation” in relation to the vaccine roll-out.

The story’s publication prompted criticism from Jess, who has made an official complaint to the Cabinet Office about Mrs Badenoch’s previous tweets.

Posting on Twitter, Jess said: “In this interview the minister alleges ‘a false ‘story’ was being stoked on social media, even before the first deadline had passed for my response to be issued by the journalist in question.’

“She produces no evidence and we received no right of reply from the paper.

“This characterisation of a journalist asking questions as somehow undermining a public health message or fostering misinformation should alarm anyone working in journalism or anyone who believes its job is to hold power to account.

“Once again, no right of reply was given to us.”

The Reporter has since amended its piece online to remove Mrs Badenoch’s “false story” claim and include a statement from Jess, who said: “We refute, in the strongest possible terms, the allegations in Kemi Badenoch’s original Twitter thread, which has remained up for the past three weeks.

“It is not ‘creepy and bizarre’ or ‘undermining trust’ in the vaccine programme for a journalist to ask a minister a question via a private email to their office. It is categorically incorrect to suggest Nadine White ‘stoked’ any sort of ‘false story’ on social media.

“The suggestion that Nadine or our publication ‘deliberately targeted’ a Government minister, or that going to them for comment is an attempt to undermine a public health message or foster misinformation, is something that should alarm anyone who believes the role of a free press is to hold government ministers to account.

“Nadine White has been personally targeted simply for doing her job as a journalist. We await a response from both the Cabinet Office and the minister herself to the complaint we sent three weeks ago.”