Murderer, 15, who nearly decapitated child named thanks to publisher 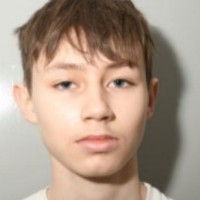 A 15-year-old who murdered another child has been named thanks to a regional publisher’s legal plea.

At Lincoln Crown Court, Reach challenged an order made under Section 45 of the Youth Justice and Criminal Evidence Act 1999 in order to “shine a light on knife crime and the devastating impact it plays on the lives of families” across Lincolnshire.

Grzeszcz had lured the Boston schoolboy, whose body was found just two days before what would have been his 13th birthday, from his home in the early hours on the false promise of easy money to sell drugs for him.

The victim sustained multiple knife wounds to the neck, chest and abdomen and it appeared that attempts were made to decapitate him and remove his right hand or fingers.

In a written submission to Judge Jeremy Baker, Reach lawyer Joseph Lewis argued there were significant public interest grounds for the naming of the defendant, the reporting of the murder case as a whole and the right for the public to be properly informed about the endemic knife crime, violence and drug dealing afflicting towns such as Boston.

Judge Baker told the court there was a balance to be struck between open justice and freedom of expression with the risk Grzeszcz’s identity being known would have on his welfare.

He said he was “satisfied” that the balance was in favour of the principle of open justice and said that outweighed any potential risk to Grzeszcz’s welfare.

Natalie Fahy, Lincolnshire Live editor, said after the hearing: “We’re delighted our legal challenge in this instance was successful.

“It’s important that the public know who was responsible for this heinous crime and we thank the judge for considering our application.”

During his trial, Grzeszcz denied murder ubtt admitted manslaughter, saying he did not mean to kill or seriously injure Roberts but had lost self-control and attacked him.

However, a jury found him guilty of murder prior to his sentencing today.  Grzeszcz was sentenced to life with a minimum detention period of 17 years.