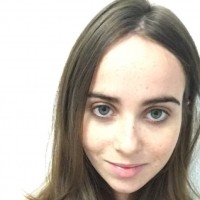 A local democracy reporter has won a public apology for a man subjected to alleged online harassment by a councillor.

Mathew Hulbert, a Liberal Democrat member of Barwell Parish Council, in Leicestershire, has said sorry after the Leicester Mercury contacted him about a series of Twitter posts in which he had tagged William Hanson.

Mr Hanson, a London-based etiquette coach, claimed Cllr Hulbert had tagged him in around 30 tweets over the past nine years, with many of these containing “personal and disparaging remarks”.

Hannah Richardson, who is attached to the Mercury as part of the BBC-funded Local Democracy Reporting Service, subsequently contacted the councillor for a response to the claims.

Following her enquiry, Cllr Hulbert published an apology to Mr Hanson, claiming the posts had been meant as “harmless banter”.

Hannah, pictured, told HTFP: “The power and value of local journalism is in its ability to find answers and create change within and for the communities we serve.

“In Mr Hanson’s case that was through public recognition of the harassment to which he had been subjected.

“Being able to make a difference, no matter how small, for someone by getting that recognition or action for them is undoubtedly the best part of the job.

“The Local Democracy Reporting Service does vital work to enable transparency around local government proceedings and to hold those in positions of responsibility to account. This is just one example of how important that is.”

In his apology, Cllr Hulbert wrote: “I’d like to apologise to [William Hanson] for any tweets which may have caused him offence.

“Though meant as harmless banter, on reflection I realise I took it too far and I apologise unreservedly. I wish him a happy Christmas.”