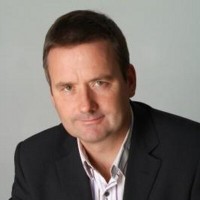 A media law boss has called for a new database to show journalists reporting restrictions affecting the court cases they cover.

Media Lawyers Association chairman John Battle wants the new system to be launched and made available to accredited press titles.

John, pictured, has also called for the launch of a new “reporters’ charter” across civil and criminal courts to ensure basic “rights” for journalists in court.

He made the calls in an editorial for The Times, in which he warned journalists “need more help from the system”.

John, who is also head of legal and compliance at ITN, wrote: “The reality is the courts and the justice system are competing more than ever for the public’s attention.

“Without meaningful access to court information, the news media are less likely to cover proceedings, which has ramifications for the rule of law and public support for the legal system.

“A step forward would be a reporters’ charter across civil and criminal courts to ensure basic ‘rights.'”

John called for such a charter to include the right to a designated place to sit in the court, and wi-fi, as well as access to listing details, documents used in evidence. crucial witness statements and the judgment.

The charter would also include a point of contact for media inquiries and a right to make representations to the court.

“At present there is no clear system to find restrictions reporters must follow.

“This data could be encrypted and accessible only to accredited press. It would require investment but it’s long overdue.

“The pace of change is not keeping up with the digital age. It is in the interests of the courts, the legal system and the media to make this happen, so let’s get on with it before it’s too late.