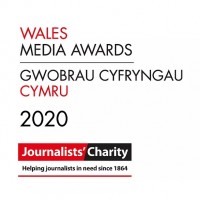 Welsh journalists and news titles have been honoured after a long-awaited awards ceremony was finally held.

The winners of the 2020 Journalists’ Charity Wales Media Awards, delayed from last year due to the coronavirus pandemic, were revealed in an online ceremony on Friday night.

News Website of the Year went to independent title the Caerphilly Observer.

Nearly 90 of over 240 entries received from across Wales were shortlisted in 20 categories by a judging team of 34, led by the emeritus editor of PA Jonathan Grun.

Vlog/Blog of the Year
Dai Sport

Political Journalist of the Year
Will Hayward, Media Wales