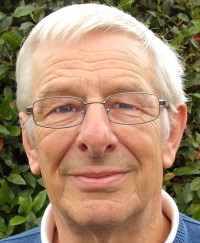 A regional journalist known for his coverage of golf has died aged 79.

Tributes have been paid to David Birtill. who worked for titles including the Lancashire Telegraph, Wigan Post and Manchester Evening News over the course of his career.

David, pictured, also became the “best known golf correspondent in the North of England”, according to the Blackburn-based Telegraph.

Among the magazines to which he has contributed were PGA Professional and English Club Golfer.

David was born in Leyland into a newspaper family.

His father George was for many years managing editor of the Chorley Guardian series, where David began his career in the late 1950s.

David joined the Telegraph as a reporter in the mid-60s before becoming a sub-editor, with his next move being to Wigan.

David later took up golf writing and working for trade magazines before joining the MEN sportsdesk as a sub-editor, where he worked from 1999 until his retirement in 2006.

For over 30 years he was the Professional Golfers’ Association North Region press officer, and in 2010 he published a glossy hardback book to mark the centenary of amateur golf in Lancashire.

His friend Harold Heys told the Telegraph: “I was privileged to have edited the book and Dave was thrilled with all the attention and the plaudits it received.”

David’s son Mat added: “Dad was seriously ill for months but he put up a brave fight to the end.

“A lot of people will miss him. We certainly will.”