A regional journalist who “ran away to join the Sooty Show” is set to make a four-figure sum by selling a vintage puppet of the 70s children’s TV character.

Robin Vyrnwy-Pierce is auctioning the Sooty puppet, which is estimated to sell for between £1,000 and £1,500.

Robin worked for the Basildon Standard Recorder before quitting his job in the mid-1970s to go on tour as an assistant stage manager with the Sooty Show.

One of his first jobs was making the devices used to create the distinctive squeak noise of Sooty’s sidekick Sweep. 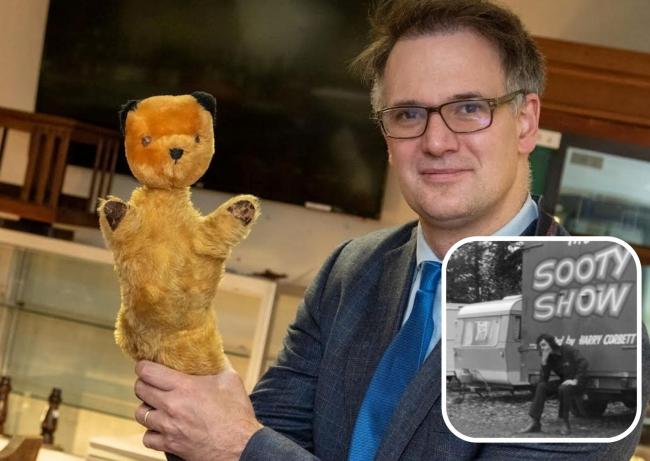 Robin later became a sound engineer, puppeteer and driver for Harry Corbett, the inventor of the iconic children’s TV show,

He was given the puppet as a farewell present by Mr Corbett 45 years ago.

Speaking to Essex daily The Echo, Robin said: “Since then, Sooty has been a faithful companion in my study – and travelled the world with me including five years in Australia and two years in Oman when I worked as night editor on a government-owned English language newspaper.

“Finally, we came home again and Sooty moved with me from North Wales to Norfolk, Stratford-on-Avon, Worcestershire and finally to our current home in Farnborough.

“We’ve had lots of adventures but I’m past all that now.

“Sooty, on the other hand, is still a mischievous bear cub and deserves to have more adventures with a new companion instead of sitting on a shelf in my study with a 110-year-old monkey called Joey – but that’s another story.”

The puppet will go under the hammer at Hansons Auctioneers, in Etwall, Derbyshire, on Tuesday.