Journalist who had ‘nose for a great story’ dies aged 80 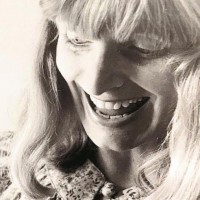 A journalist who had “a nose for a great story” has died aged 80 after contracting coronavirus.

Tributes have been paid to Valerie Bootle, who spent 27 years with the Maidenhead Advertiser.

During her time at the Advertiser, she was responsible for covering the village of Cookham, where she lived.

Her son Jack, who works for the BBC, told the Advertiser that Valerie, pictured, was a “fearless” journalist.

He said: “She was very gossipy buy in a way that came from a nose for a great story, anywhere she went she would just get chatting to anyone. She would interview everyone she met.

“She was always trying to find a story, and I remember her carrying her notepad and pen.

“I think she had a strong sense of justice. She loved a good campaign, and loved it if she thought she had uncovered wrongdoing.”

Valerie began her career working in Coventry and Plymouth in the late 1960s, before she moved on to the nationals with the Sunday Observer and Sunday Times.

She also had a spell with London’s Evening Standard before moving to the Advertiser in 1975.

She suffered from multiple sclerosis, which prompted her retirement in 2002, but returned as a special features writer in 2004 for the Advertiser’s 135th anniversary edition.

Valerie was married to Robin, a TV director, and the couple had four children – Jack, Kate, Jenny and Richard – as well as three grandchildren.

She died at home on 23 January after recently spending time in hospital for advanced MS complications, where she caught Covid-19.

Kate told the Advertiser: “We miss her terribly. Despite the considerable health challenges she faced in the last 15 years she was always smiling, interested in others and incredibly grateful to and appreciative of the friends and family in her life.”