Journalist who had ‘infectious sense of humour’ dies aged 79 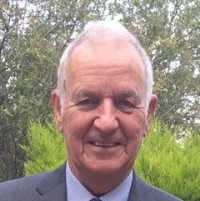 A regional journalist known for his “attention to detail” and “infectious sense of humour” has died aged 79 after a short illness.

Tributes have been paid to Mike Taylor, pictured, who worked for both Blackpool daily The Gazette and the Bournemouth Echo during his career.

Mike, whose passion for English led him to pursue a career in journalism, was a copy runner for the Echo before joining The Gazette as a reporter for the Thornton Cleveleys Times.

He later became a sports reporter and then a sub-editor, while his passion for gardening, developed after he settled in the Lancashire village of Carleton, led to him writing a weekly column on the subject.

The column, Mike Taylor’s Plot, appeared in The Gazette for 24 years.

Away from journalism, he was also an active member of North Fylde Model Railway Club.

“His attention to detail – whether crafting a story, or creating gardens or model railways – made him a real asset.”

Mike is survived by wife Christine, to whom he had been married since 1965, son Lee and daughter Vivien.

Lee said: “Dad’s bright mind, kind nature and a thirst for knowledge endeared him to many people.

“He was a creative man with an eye for detail, and saw the beauty in many things; from a highly-detailed O Gauge Sentinel class rail engine, to the rich text in a Shakespeare sonnet.”