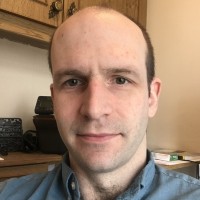 A journalism trainer has called for public funding to combat the “financial struggles” of regional publishers covering courts after conducting research into the issue.

Richard Jones, of the University of Huddersfield, has warned of a “huge impact” on the future of open justice unless more help is given to local newspapers covering courts.

Richard, pictured, has published a study on how the UK’s local press covers the courts after interviewing 22 journalists from across the country – including 15 court and crime reporters working for regional press titles.

In the report, he has argued an expansion of the taxpayer-funded Local Democracy Reporting Service should be considered “to maintain and enhance court coverage”.

In 2019, the BBC touted a possible expansion of the scheme to cover magistrates’ and sheriffs’ courts.

However, no such plans were included in the expansion to take place this year, which will see the number of journalists employed under the scheme increase from 150 to 165 to cover local authorities.

In the conclusion of his study, Richard stated: “This research reveals that, while undoubtedly interested in providing entertaining slices of local life that have a commercial value to their publishers, court reporters are also committed to telling important local stories while also scrutinising the activities of those with power, including police, prosecutors, magistrates and judges.

“Giving any kind of financial help to their employers might be open to the criticism of throwing good money after bad. In reality though, we would all be the beneficiaries.”

Richard’s study found very few agencies and freelancers are now regularly working in courts outside London, with the journalists interviewed telling him they rarely had any company on the press bench at all.

Richard, a former journalist with Sky News and the BBC, said: “Covering the courts is a classic part of local journalism.

“But we are now increasingly reliant on the major local press companies to keep it going – and their financial struggles have been well documented.

“If local newspapers are not able to staff the courts as often, there is nobody else who will adequately fill that gap.

“Fewer court reporters would have a huge impact on open justice. They are literally the only eyes and ears the public has in our courts.”