Three journalism students who overcame “unique challenges” have been honoured with an award presented in memory of a former regional journalist.

The winners of this year’s Bob Norris Award for Achievement in Journalism have been presented by the Solent branch of the National Union of Journalists.

The annual awards, launched last year, are given to three students across the South of England – one at the University of Portsmouth, one at Southampton’s Solent University and one at Portsmouth’s Highbury College – who may not necessarily be the top performers in their year group, but who have achieved notable performance during their time at their place of study. 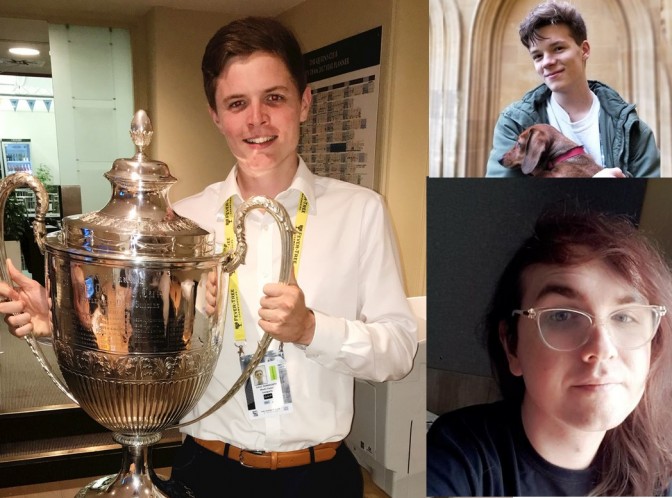 This year’s honours went to Marcus Wood, from Highbury, Verona Parker, from Portsmouth, and Isaac Farnworth, from Southampton Solent.

Bob’s widow, Pauline Norris, a former journalist and a former journalist and chair of the NUJ Solent branch, said of the winners: “Now in its second year, I am delighted to see that the calibre of young journalistic talent coming out of today’s universities and colleges is as high as the inaugural year of the Bob Norris Award for Achievement in Journalism.

“As society begins to return to normal following the pandemic there has never been a more important time to celebrate and welcome new talent into our field, as well as support the critical work of the union which continues to help our other colleagues facing crisis or misfortune.

“All of the winners have been extremely worthy of their awards. I am particularly impressed and touched by the unique challenges these young professionals have overcome in their own ways. Bob would have been proud of them.”