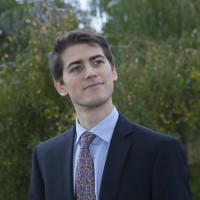 A former regional journalist who later moved into public relations has been unveiled as a national news website’s first permanent editor.

Gareth Ceidiog Hughes has been appointed editor of Nation.Cymru, which was established in 2017 and describes itself as an “English language national news service for Wales”.

The move comes after an increase in paying subscribers to the independent site, which now stands at more than 800.

Nation.Cymru’s founder Ifan Morgan Jones, who has been editor of the site since its launch, will now step down from that role but will continue to contribute to the title.

Denbigh-based Gareth, pictured, began his career with NWN in North Wales in 2012 but later moved into PR.

He said: “I’m thrilled to be part of Nation.Cymru’s journey at such an exciting time.

“Since its inception, the site has shone a light on subjects that were often overlooked and has given a voice to those who previously went unheard.

“It has already helped change the conversation in Wales, and over the coming months and years, and we will be doing even more.”

As well as subscriptions, Nation.Cymru is also funded by a £20,000 grant from the Welsh Books Council, which also allows it to pay freelance contributors across Wales. It currently attracts 600,000 visitors a month online.

Ifan, who also a journalism lecturer at Bangor University, said: “This is a big step forward in terms of the site’s development. I’m extremely thankful to everyone who has contributed to the site who has made this possible.

““Since it launched in 2017 Nation.Cymru has grown at a tremendous pace. Our audience has grown six-fold in the last year and that increased demand for content meant it could no longer be sustained as a side project on top of my full-time work as a lecturer in journalism at Bangor University.

“I would stress however that I am not stepping back from the site – I will continue to contribute as much as ever but having Gareth in his new role will be a massive boost to what we can offer.

“We’re not for profit, which means that every penny is invested back into the site rather than going to shareholders. We’re also a fully independent company, not owned by a larger conglomerate that can tell us what to do.

“Despite not being able to appoint anyone on a permanent basis until now I think we have already made a splash in the Welsh media and Welsh politics.