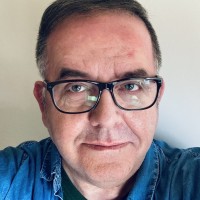 A news website has appointed a full-time features editor after an increase in readers offering financial support.

Nation.Cymru has announced the appointment of David Owens to the role after the number of subscribers to the site increased to more than 900.

David, pictured, has worked as a journalist for 30 years in Wales, London and Brighton, and has been contributing to the site as a freelancer in the past.

Recently he served in a number of roles at Reach plc subsidiary Media Wales in Cardiff, including senior reporter, arts correspondent and desk editor.

His appointment comes after Gareth Ceidiog Hughes was unveiled as the site’s first full-time editor in February when the number of financial backers passed the 800 mark.

Nation.Cymru was established in 2017 and describes itself as an “English language national news service for Wales”.

David said: “I’m thrilled to come on board at such an exciting time in the evolution of Nation.Cymru.

“Since its inception, the site has shone a light on subjects that were often overlooked and has given a voice to those who previously went unheard, becoming a real point of difference between other media outlets in Wales.

“Continuing this ideology and growing the Nation.Cymru audience through quality editorial is something I’m incredibly passionate about.

“Being handed the opportunity to expand the site’s coverage of culture, the arts and sport is hugely exciting. I can’t wait to get started.”