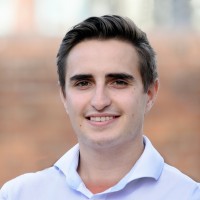 A past winner of Local Democracy Reporter of the Year is leaving his role to work for an organisation co-founded by TV chef Jamie Oliver.

Leigh Boobyer has announced his departure after covering Gloucestershire under the BBC-funded scheme for three years.

He is leaving to become communications manager at Bite Back 2030, which campaigns to help young people eat healthily.

Last year he also won a Special News Award for his coverage of the Covid-19 crisis for an investigation which revealed a postcode neighbouring Cheltenham racecourse had the highest number of coronavirus hospital admissions in Gloucestershire, following the course’s annual horse racing festival.

Announcing his departure on Friday via Twitter, Leigh said: “After three years, I have decided to leave my role as local democracy reporter for Gloucestershire.

“It has been a real pleasure covering the county, shedding light on big stories of local and national importance which I can safely say I will look back on fondly.

“But I am looking forward to a fresh challenge. So I am going to work for Bite Back 2030, an organisation co-founded by Jamie Oliver set up to halve childhood obesity by 2030, and be its communications manager.

“My last day isn’t for a few weeks, so I am still about.”

A replacement for Leigh is currently being sought.