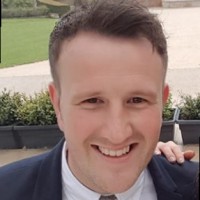 A football writer has stepped up to become the editor of a city news website.

Liam Kennedy has taken up the editorship of JPIMedia’s Newcastle World.

The site was launched in August 2021, with Laura Hill serving as its first editor.

But in October, it was revealed Laura would be leaving just weeks into the job to become search engine optimisation editor at Reach plc’s Live network of regional websites.

At the time of its launch, Laura vowed football would be a “key focus” of Newcastle World, with Liam serving as the site’s Newcastle United writer.

Liam, pictured, began his career in 2010 as a reporter on the Newark Advertiser.

After four years in Dundee, he moved to JPIMedia’s North-East titles in a similar role.

Prior to Newcastle World’s launch, he was Newcastle United writer for the Shields Gazette.