A sports journalist has recalled covering matches from more than 120 grounds in a new book.

Carl Marston has covered Ipswich Town and Colchester United across the country for the East Anglian Daily Times since 1989.

Now, he has recalled his time reporting on the clubs in ‘On the road with U’s and Blues’.

The 350-page book features a “rip-roaring tour” around the press boxes of 124 Football League and Premier League grounds – some of them no longer in use as football stadia. 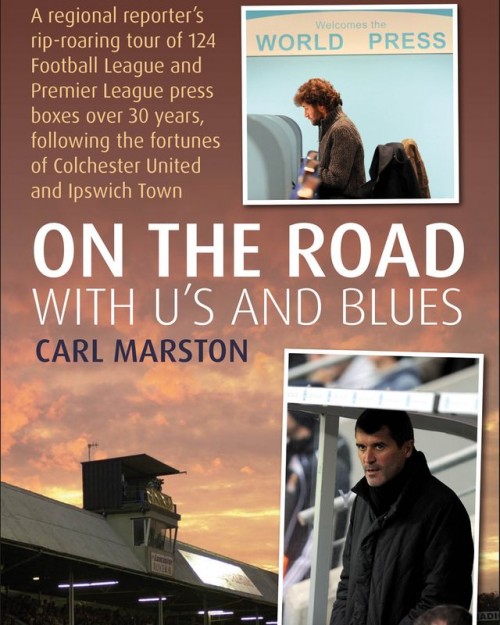 There is also a chapter highlighting the best and worst grounds of players and managers themselves, including former Ipswich stars such as Mick Mills, George Burley and Simon Milton, plus ex-Colchester stalwarts like Karl Duguid, Paul Abrahams and Geraint Williams.

The book is also sprinkled with photographs taken by Warren Page, who has likewise covered the clubs for the Ipswich-based saily since the early 1990s.

Any proceeds from the book will be donated to the Teenage Cancer Trust, and further information can be found here.