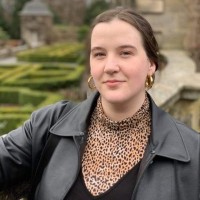 A Facebook-funded community reporter has taken up a new role with a national news title.

Heather Carrick has joined JPIMedia’s NationalWorld website as a digital journalist on the late desk.

Heather, pictured, moves to NationalWorld after previously working for the Glasgow Times as part of the Community News Project.

She joined the Times under the scheme in September 2019 and has since worked towards here National Council for the Training of Journalists Diploma of Journalism.

Posting about her new reporting role on Twitter, Heather said she was “delighted” to join NationalWorld.

She added: “I’ll be covering UK-wide news and I cannot wait to get stuck in.”

The CNP, funded by Facebook and administered by the NCTJ, has created around 80 journalism jobs in regional newsrooms.