A daily newspaper columnist and former regional journalist has died aged 71 on the day her final piece was published.

Tributes have been paid to Fidelma Cook, who wrote for Glasgow-based daily The Herald for 15 years.

Fidelma, whose career began on Blackpool daily The Gazette. had been suffering from lung cancer.

Her final column was published on Saturday, the day she died in her sleep in the south of France, where she lived. 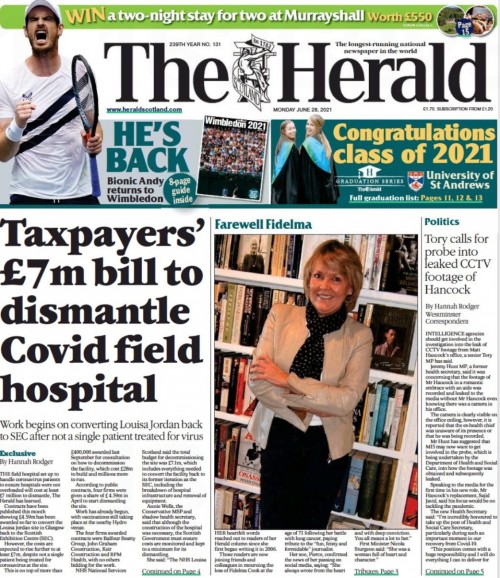 Herald editor-in-chief Donald Martin said: “Everyone at The Herald is deeply saddened by this news. Fidelma was a wonderful writer.

“The readers took her to their hearts, and she took them to her heart.”

Blackpool-born Fidelma started out at her hometown newspaper before going into broadcasting with BBC Scotland.

After being made redundant from the Mail on Sunday, at the age of 56, she left Glasgow and moved to France, from where she filed her weekly column for The Herald Magazine.

She disclosed her terminal cancer diagnosis in August last year.

Scotland’s First Minister Nicola Sturgeon posted on Twitter: “So very sad to hear this. Fidelma Cook inspired (and more than slightly intimidated!) me when I was a very young politician and she worked as a journalist in Scotland.

“In recent years, I have loved and admired her writing. She was a woman full of heart and character.”

Announcing his mother’s death on the social media site, Fidelma’s son Pierce Cook-Anderson wrote: “She always wrote from the heart and with deep conviction. You all meant a lot to her.”