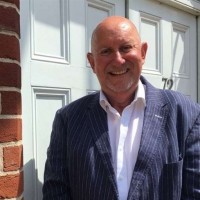 A former regional journalist has won a permanent role with a new metro mayor after being credited with helping to “mastermind” his election victory.

Nigel Pauley has been appointed as strategic advisor to Dr Nik Johnson, Labour mayor of Cambridgeshire and Peterborough.

Nigel, pictured, began his career at the Hunts Post before working on Fleet Street and later in journalism training.

He was successful in landing the job after 12 candidates applied for the post with the combined authority.

Nigel helped to create Dr Johnson’s ‘3Cs’ message, which stressed how policies would be centred around the core values of “compassion, co-operation and community”.

Nigel told the Cambridge Independent: “I am delighted to have got the job.

“It is an important role and I look forward to working with the mayor and helping spread his message of the ‘3Cs’ across the Combined Authority.”

Dr Johnson added: “It was great to see a strong level of interest in a role which will be vital in supporting me embed my priorities of compassion, co-operation and community in everything the Combined Authority does.

“Nigel will be challenged to help me effect real change in Cambridgeshire and Peterborough in everything from better public transport, building more affordable homes, improving skills levels, boosting businesses and creating a greener, healthier region for all.”