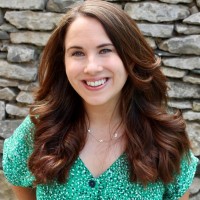 A former weekly newspaper journalist has signed a two-book deal with a major publisher for romantic comedy novels inspired by her old patch.

Danielle Owen-Jones, who used to work for the Southport Visiter, has signed the deal with Bookouture, a division of Hachette.

Danielle, pictured, also worked at the Formby Times, Crosby Herald and Ormskirk Advertiser, before taking up a role in public relations.

She launched her PR and copywriting business, Bloomin’ Creative, in 2016 and is currently based in Cumbria.

Danielle said: “Signing my book deal has been my real-life ‘pinch me, am I dreaming?’ moment.

“It truly is a dream come true, and I’m thrilled to launch my writing career with such a dynamic publisher.

“Southport and Liverpool are both really close to my heart – I grew up in Southport, but my family are all incredibly proud Scousers.

“Both locations feature in my novel and I’m so excited to shine a light on them in my romantic comedies.”