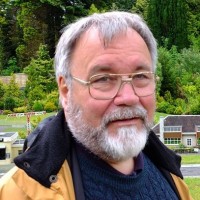 A retired journalist has shared his “frustration” at years of police inaction after claiming he was the last person to see a suspected victim of serial killer Fred West alive.

Alan Watkins, 74, has spoken out after Gloucestershire Constabulary began investigating a cafe in Gloucester city centre with links to 15-year-old Mary Bastholm, who disappeared in 1968.

Police have attended The Clean Plate Cafe in Gloucester since Friday 7 May after a team making a TV documentary about West, who killed at least 12 women between 1967 and 1987, found “possible evidence” of human remains.

Alan worked for Hyett’s news agency in 1968, which supplied titles including the Birmingham Post and Mail.  He believes he saw Ms Bastholm on Saturday 6 January of that year while he was waiting at a bus shelter in Bristol Road, Gloucester, before a van pulled up.

Speaking to Gloucestershire Live, he said: “Somebody spoke to the girl. And I didn’t take too much notice, I was thinking about where my bus was.

“Then I looked across and I saw the back of the van drive off and the girl wasn’t there. And that I think was when she was picked up by her killer or killers.”

Alan, pictured, went to the police about the sighting after being handed an appeal the following morning at work.

He said: “For whatever reason, I was never asked to make a statement. I was never questioned by CID [Crime Investigation Department]. It just died with that report I made to the police.

“I thought it was strange at the time and I still think it’s strange 50-odd years later. I still find it frustrating.”

A spokesman for Gloucestershire Constabulary said: “Currently we are focusing our efforts into investigating the potential evidence found by a production company specifically related to the disappearance of Mary Bastholm.

“After we have completed this work we will review whether any other activity or enquiries are needed.”