Ex-daily journalist reveals how guide dog has ‘changed’ his life

A partially-sighted former regional journalist has spoken out about the impact his new guide dog has had on his life.

Les Oliver says his life has been “very much changed” since he was given three-year-old black Labrador Retriever cross Illya last year.

Les served in roles including motoring editor and deputy features editor during his career at the Sunderland Echo.

He was registered blind in 2014, two years after his retirement from the newspaper, after an optician first discovered he had glaucoma in 1999. 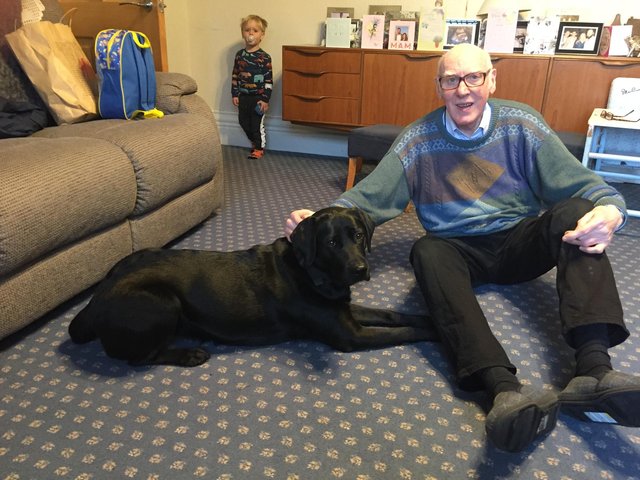 Les decided to apply for a guide dog in January 2020 and was teamed up with Illya 10 months later.

He toldthe Echo: “My life now is very much changed – Illya’s arrival has not only transformed my day-to-day mobility, but more than that, she gives me the confidence to make my own way to the Sage [music centre, in Gateshead], enabling me to continue my life-long love of making music.

“She gets me up early, instead of sleeping through the best part of the day. And complete strangers now stop and talk to me.

“I am so fortunate to have Illya in my life. How could anybody resist that unconditional love she shows me dozens of times a day, which that wagging tail and frantically wiggly bum can never disguise?

“I’d particularly like to thank Illya’s puppy raiser Linda Lane and Illya’s boarder for five months, Helen Redhead, as they made huge contributions.”