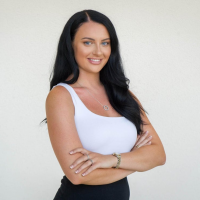 A former regional daily business editor is offering schoolchildren a series of online workshops about topics including journalism and public relations.

Hope McKellar is hoping to give students up to the age of 18 an insight into a potential career path with the virtual classes.

Hope worked for Portsmouth daily The News before setting up her own company, Hope McKellar PR, in June last year.

The 23-year-old, pictured, explained to her old newspaper why she had decided to set up the classes, which will be held via Zoom.

She said: “When I was younger I did a course that taught the basics of journalism, as well as other similar careers.

“That was probably what made me want to get into journalism.

“I’d love to be able to pass that onto a younger generation and inspire them to get into a career in the media.

“It’s such an exciting industry and there are so many elements to it that younger people could have an advantage with over other generations, such as social media marketing.”