Regional editors have defended their journalists against criticisms of the way they have covered fuel and food crises amid a spate of abuse against local reporters on social media.

A shortage of HGV drivers has forced some retailers to shut their pumps and ration sales over recent days in what the Petrol Retailers Association a “catastrophic situation”.

But some have blamed the media for the spread in panic buying, with one local reporter revealing she had been called “the biggest idiot in Blackpool” and another saying he had received “so much abuse”.

Editors have now spoken out about the criticism on Twitter, describing the blame subsequently apportioned to news outlets as “a lazy and corrosive response” to the crises.

Rebecca Beardmore, of Blackpool daily The Gazette tweeted: “The vitriol directed at reporters/the media “responsible” for the fuel shortages is so strange.

“I’m yet to find a single report directly telling people to panic buy, so no, it’s not our fault.”

“It really amuses me now, someone just called me the ‘biggest idiot in Blackpool’ and I’m actually going to wear that label with pride, that’s quite a feat.”

In response, Wiltshire Today’s Daniel Jae Webb posted that he had received “so much abuse” despite making it “very clear there is no shortage of fuel” in his stories. 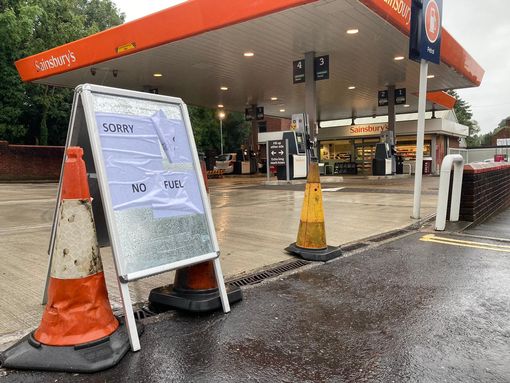 Somerset County Gazette editor Paul Jones said he had found comments about the media being to blame for panic buying “shocking and frightening, in equal measure”.

“We have had many comments that we ‘shouldn’t report it’. Report what? That there’s a shortage of HGV drivers? Or what politicians say? Or what’s happening?,” he said.

“Because if you follow that through – where’s the line? Who decides that we shouldn’t report something? What events, that *are happening* would people like us to ignore?

“Be careful what you wish for folks, because one day, there may be something you want reported and you’ll slate ‘the media’ for not doing so.”

Regional press journalists have continued to report live from petrol stations on their patches over the weekend and into this week amid large queues of concerned drivers at pumps across the country.

“There’s a sensible discussion to be had around how to cover responsibly. If you’ve sent abuse to local reporters, you don’t get to be part of that discussion.”

John’s comments came after Times reporter Charlotte Moreau questioned the logic of why she would want a fuel shortage crisis to take place.

She wrote: “There’s a lot of vitriol being aimed at journalists over fuel panic buying, but stop to think for a moment.

“I have 160 miles of school run to do next week, plus all of the other journeys we all make every week. Why would I want a fuel shortage?”