Editor writes novel based on true story of newspaper’s launch 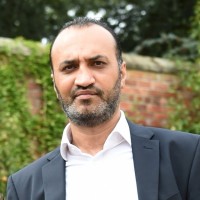 A regional journalist has written a new novel based on the true story of how a newspaper was launched.

Shuiab Khan’s ‘Five Guys Named Zaika’ follows the lives of a group of friends who decide to publish their own newspaper in Blackburn.

The Lancashire Telegraph journalist’s story begins on Christmas Eve 1997 and details the first few turbulent weeks as the inexperienced bunch plan to launch the first edition of the Asian Image from their ‘headquarters’ in a factory.

Shuiab, 47, was himself involved in the launch of Asian Image and has edited the title since 2002, in addition to his duties with the Blackburn-based Telegraph.

He said: “There seemed to be a whole myriad of problems and obstacles you only face when you print something in your home town and a paper of this nature. This is made all the more exhausting when you have no money or anybody taking you seriously.

“I don’t think anyone has looked at journalism and in particular ethnic newspapers in this way before. There has always been this community of ‘urban undergound’ publishers and writers who somehow find ways to survive.

“At the same time there are some quite serious moments where prejudice in all its forms is discussed.

“This is most of all a story of strained friendships, religious strife and how an idea that started off as a joke between some guys sat in a takeaway went on to become something much more significant.”

The book title includes the female name ‘Zaika’ whose meaning is revealed during the course of the story. 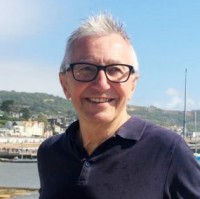 A former deputy editor has claimed that a man hanged as a traitor during the Second World War was innocent after writing a biography of him.

Ed Perkins, who used to work for the Bournemouth Echo and Southern Daily Echo, says he believes Oswald John Job was the victim of a miscarriage of justice.

Job was executed after being convicted of spying for the Nazis, but Ed, pictured, believes he never intended to carry out his mission.

Job’s story has been revealed in Ed’s book ‘Britain’s Forgotten Traitor’, which is published by Amberley Publishing next month.

Ed was formerly deputy editor at the Bournemouth Echo and also assistant editor and chief sub-editor at its Southampton-based sister daily.

His book tells how Job agreed to spy for the Nazis after being imprisoned in Paris and was to act as a courier, carrying expensive jewellery to pass on to a secret agent in London.

In return, he was to take invisible ink and a secret code to send messages back to the Germans. But he was caught and convicted after a trial at the Old Bailey.

Speaking to Dorset Biz News, Ed said: “The character of [Job] was such that he was loyal only to himself.

“I believe the temptation to hold on to the valuable diamond ring and tiepin would have trumped instructions of the Germans who had given him little incentive to carry out his mission.

“I would argue that the commandant of the spy jail in London, Colonel Robin ‘Tin-eye’ Stephens, thought so too, referring to him as a ‘shabby crook.’”

A former editor has launched a new series of affordable poetry books.

The series aims to recreate the world-famous City Lights publications of the 1950s and 60s in an effort to make printed poetry affordable for everyone.

The books, which retail at £3.50 each, include the work of contributors from places as diverse as New York, Oklahoma, Austria, India, Utah, London, Rotterdam, California and Merseyside.

The books will be published worldwide at regular six-week intervals throughout the year in a not-for-profit venture.