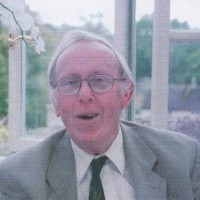 An editor hailed as “one of the best local newspapermen of his generation” has died aged 89.

Tributes have been paid to Ken Goodwin, who worked on the Monmouthshire Beacon for almost 50 years – around 35 of them as editor.

Ken’s career at the Beacon started as an 18-year-old trainee in 1949 and lasted until his retirement in 1999, interrupted only by National Service and spell as Monmouth correspondent for the South Wales Argus.

Sir Ray Tindle, who bought the Beacon in 1980, told the newspaper: “Ken Goodwin was one of the best local newspapermen of his generation and brought the Beacon through thick and thin for over 50 years.

“I was so sorry to learn of the death of Ken who I first met on the day I bought the Monmouthshire Beacon.

“I was pleased to pay tribute to Ken at his retirement lunch held at Monmouth Rowing Club in July 1999.

“I send deepest condolences to his wife Angela and the family from all past and present staff at Tindle Newspapers. Rest in Peace, Ken.”

Former Tindle Newspapers chief executive Tom McGowran added: “He was an unflappable man with a wry sense of humour, working long hours, often on his own to bring out the Beacon every week come hell or high water.

“Without his dedication to producing a good local paper there is no doubt the paper would never have thrived over the past 40 years.”

During Ken’s career, he oversaw 2,500 editions of the Beacon and also worked with his wife Angela.

He died on 30 January in his hometown of Monmouth.

Mary Hughes, who worked as a reporter with Ken over some 30 years, said: “I was so sad to learn of the death of my dear old ‘boss’ Ken.

“He was simply wonderful to work with – kind, considerate and with a great sense of fun.”