Editor who put ‘heart and soul’ into weekly dies aged 78 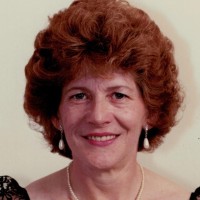 An editor who put her “heart and soul” into the weekly newspaper she ran has died aged 78.

Tributes have been paid to Aileen Eady, who edited the Ilkeston Advertiser and worked for a number of other titles in Derbyshire and Nottinghamshire.

Aileen, who also wrote under the name Aileen Jaques, spent two decades as an employee of Johnston Press.

Her daughter Sherryl Jaques told the Advertiser: “Mum loved working for the Johnston group of newspapers and put her ‘heart and soul’ into everything she did, often working until the early hours of the morning to meet deadlines and ensure she was 100 per cent happy with her work.

“One of mum’s well remembered contributions to the Ripley and Heanor News was her weekly feature ‘Aileen at the Wheel’ where she learned to drive with The Woodlinkin School of Motoring and wrote about her amusing successes and failures each week.”

Aileen, pictured, began her career in 1977 as a freelance local correspondent and photographer for Ripley and Heanor News.

Three years later she was appointed as the paper’s reporter, also producing work for the Belper News, Eastwood and Kimberley Advertiser and Derbyshire Times.

She then worked her way up to become editor in Ilkeston.

“On one occasion mum suffered a serious accident at Darley Moor race track whilst covering this for the newspaper when a motorcyclist lost control and hit her on an embankment.

“She suffered a broken leg, pelvis and ribs but this did not dampen her spirits and after months of convalescence, she was soon back at work. Mum herself was also a keen motorcyclist, often travelling to jobs on her beloved Suzuki X5 200cc.”

Away from journalism, Aileen ran an over 25s social night with her husband Brian who was the DJ.

The couple also enjoyed caravanning in Britain and France during their retirement.

She is survived by daughters Sherryl and Bethany and son Russell, who all live in Ripley, eight grandchildren and five great-grandchildren.

Her funeral service will take place at Amber Valley Crematorium, near Alfreton, at 3pm on 3 February and is by invitation only due to Covid-19 restrictions.