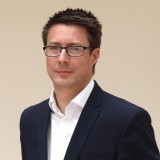 A regional publisher is seeking a new editor to run three of its county-wide news websites after the editors who run them were promoted.

Reach plc has launched the search for a South Coast editor to run Kent Live, Sussex Live and Hampshire Live.

At the same time, the company is also recruiting an “experienced editor” to lead its breaking news and regional content editing team across the South-East of England.

Deanne and Luke have both been promoted to expanded regional editor roles and will report directly to David Bartlett, Reach’s audience and content director for London and the South-East.

Deanne will take responsibility for the sites in the North and East of the region, and Luke will be responsible for the South Coast and West, in addition to his role as new audiences editor.

Sussex Live and Hampshire Live were launched as standalone websites last year, while Kent Live was established in 2016 after Reach forerunner Trinity Mirror merged the online operations of its weekly newspapers in that county.

The new roles were announced in a LinkedIn post by David, pictured, who said: “I’m so pleased to be able to announce two new editor positions as we continue to expand.

“These are key leadership positions and would be a fantastic step for experienced journalists looking for new challenges.”