An editor has retaken charge at a regional daily while his colleague has been promoted to edit its sister newspaper.

JPIMedia has announced Euan McGrory will return to his previous role as dedicated editor of the Edinburgh Evening News, while Catherine Salmond has been unveiled as the new editor of Scotland on Sunday.

Euan, pictured, became the EEN’s first dedicated editor in four years after initially being appointed to the role in 2018.

But he moved to become editor (print) Scotland in a restructure last year, meaning he held responsibility for the print production of six of JPIMedia’s Scottish titles. 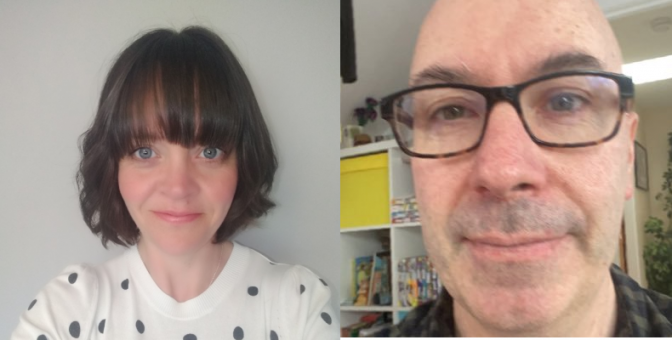 The latest moves follow a strategy which has seen JPIMedia’s new owner National World appoint around 40 dedicated editors to individual titles since its takeover of the group in January.

Euan and Catherine’s appointments were revealed on Twitter by The Scotsman’s editor Neil McIntosh, who was himself one of the first new recruits to JPIMedia after the takeover.

“The new roles are part of JPIMedia’s commitment to editors living and working in the communities they serve.

“They’re a brilliant trio, and I can’t wait to work with them: we have huge plans for all our titles, online and in print.”

Catherine is currently live news editor at The Scotsman and EEN.

She told HTFP: “I am honoured to have been appointed editor of Scotland on Sunday and I am determined to return this title to its former standing.

“There are a lot of challenges, but I have a fantastic, enthusiastic and talented team around me, eager for this new chapter to be a success.

“What an exciting and important time to be relaunching a Sunday title in Scotland.”

Speaking to HTFP, Euan said: “This is a really exciting time for Edinburgh and the Lothians, with so much about to happen in the city, and so much change going on.

“There is a fantastic team taking shape at the News and we have some big plans for taking the title forward.

“The Edinburgh Evening News has been at the heart of its communities for generations and that is what we will be building on with everything we do.

“I can’t wait to get started.”

On Twitter, he added: “I’m delighted our new owners are appointing individual editors once again to lead our various titles both online and in print.

“Equally delighted that I have been appointed editor of the Edinburgh Evening News.

“I look forward to working with many of you in the role.

“Big congratulations to [Catherine and Alan]. Fantastic appointments both for two great titles.”