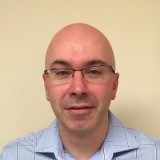 A regional daily’s editor will take on responsibility for six newspapers after a new newsroom restructure.

JPIMedia has announced Euan McGrory, who currently edits the Edinburgh Evening News, will take on the new title of editor (print) Scotland when the company’s digital-driven restructure is implemented next month.

HTFP reported earlier this week how JPIMedia had begun a reshuffle of its senior editorial staff at the titles as it prepares to introduce its ‘Digital Acceleration’ programme, which sees journalists focus on producing digital content, next month.

Under the new structure, Free Press editor Allan Crow will take on the titles of specialist editor (geographic), with Herald editor Jill Buchanan becoming deputy print and curation editor for the affected titles.

Further appointments to new roles created under the restructure have also been revealed in a message to staff from editorial director Frank O’Donnell, who is leaving the company in an unrelated move to become editor-in-chief at Aberdeen’s Press & Journal.

In the announcement, which has been seen by HTFP, Frank said: “I am sure you will all join me in wishing them the very best as they take up their new posts.”

The ‘Digital Acceleration’ programme has already been implemented in the North-East of England and the North Midlands and South Yorkshire.