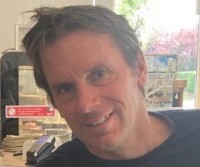 A regional daily editor has quit his current role to take up a senior post with a rival publisher.

Alistair, pictured, will take over as editor of the Daily Mirror in Northern Ireland as part of his new role, which comes after an almost six-year spell in charge of the JPIMedia-owned News Letter.

Alistair takes over at the Mirror in Northern Ireland from Kevan Furbank, who will now focus on being managing editor across Reach’s portfolio of news brands in Ireland.

Alistair said: “I’m absolutely delighted to be joining the team at Reach for what promises to be a really exciting role full of different challenges.

“Firstly it’s a real honour to have been appointed editor of the Daily Mirror in Northern Ireland and I look forward to working with what I know is a hugely talented team of journalists.

“I have also been well aware of how the company’s websites right across Ireland have been enjoying tremendous growth over recent years.

“I’m hoping that I can use my skills and experience to help grow those audiences even further while building registrations for all of the Irish websites.

“It’s been a tremendous honour to have edited the News Letter for more than five years but I can’t wait to get started in this exciting new position with Reach.”

Chris Sherrard, Reach’s audience and content director for Ireland, added: “I’m delighted that Alistair is to join us at a very exciting time for our plans here. I’ve known Alistair for a while and been an admirer of his work from a distance so it’s great news that he’s joining us.

“We have built up a sizeable audience through our national newspapers and websites across Ireland and getting to know our readers much better and creating loyal audiences is a key strategy for the business.

“Alistair’s expertise in driving subscriptions under the News Letter’s model makes him the ideal person to apply that approach to our registrations drive.

“In addition, Alistair will take over as editor of the Daily Mirror in Northern Ireland, tasked with continuing to build on the robust performance of the paper in recent times.

“Alistair’s appointment will enable Kevan Furbank to focus on the vital role as managing editor for Reach in Ireland and my thanks to him for his sterling efforts with the Mirror in his time as editor.”