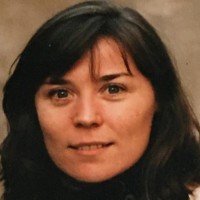 A former editor who was “passionate about local news” has died from leukaemia aged 55.

Tributes have been paid to Gill Ellis, who previously served as group editor of the Chorley, Preston and Blackpool Citizen newspapers.

Gill, pictured, also worked as a senior sub-editor at the Lancashire Telegraph’s Blackburn offices, as well as spending time at the Bolton News and Westmorland Gazette.

Her 20-year career with the titles’ publisher Newsquest came to an end in 2014, at which point she retrained as a maths teacher.

Gill’s husband, former Citizen photographer John Ellis, told the News: “Gill was always so positive and fought the leukaemia till the end.”

She first became ill in 2016 but returned to teaching in 2018 after chemotherapy and treatment at Blackpool Victoria Hospital.

But the leukaemia returned in 2019 and Gill had a bone marrow transplant, which was ultimately unsuccessful.

Gill died peacefully on Friday surrounded by her family. She is survived by John, parents Lorraine and George, and siblings David, Alan and Elaine.

Lancashire Telegraph deputy editor Roger Airey, who worked with Gill on the Citizens and the Telegraph, said: “Gill was a real grafter and work was never just a 9-5 job for her.

“She took immense pride in the publications she produced and would work until the papers had reached her own exacting standards before sending them to the printers.

“She was an exceptionally kind and positive person who would turn up for work wearing a huge smile every day.

“The sad news has touched a great number of Gill’s former colleagues who to a person held her in extremely high regard both as a person and a journalist.”

Former Citizen and Telegraph reporter Chris Gee, 52, was given his first job in the industry by Gill when she was editor of the Citizen series.

He told the News:  “She was passionate about local news and was a skilled newspaper person while at the same time being very considerate and nurturing to her staff.

“She helped many young journalists at the start of their career, giving them a grounding in local news which meant many of them went on to successful careers all over the UK.

“She was extremely well thought of by all in the North West newspaper industry who will remember her calm professionalism and kind and caring nature.”

While a journalist, Gill served in the Territorial Army, 4th Battalion Queen’s Lancashire Regiment, rising to the rank of captain and helped recruit officers at Preston’s Fulwood Barracks.

She was also part of the Army’s specialist unit the Media Operations Group and was presented with the Queen’s Jubilee Medal by Her Majesty when she helped cover the Golden Jubilee celebrations in 2002.

Gill’s funeral is on Thursday September 30 at 11am at St Paul’s Church, Withnell, Lancashire. Mourners are encouraged to wear colourful clothes.