The editor of the UK’s newest daily newspaper says its switch in publication frequency has also given the title a “massive boost” online.

Steve Thompson has praised the team behind the former weekly the Oldham Times, which relaunched as a daily title on 4 January.

In addition, Oxford Mail health reporter Erin Lyons will also be joining the newsdesk at the Times as audience and content editor. 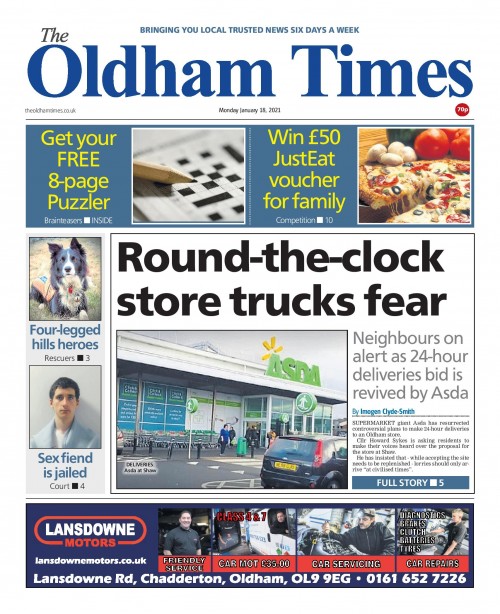 Discussing the paper’s first fortnight in operation as a daily, editor Steve Thompson told HTFP: “The new Oldham team has done a fantastic job in the first two weeks of our daily operation.

“It has been a big challenge shifting from a weekly to a daily operation but chief reporter Nick Jackson has done a superb job leading the new team.

“The paper has been really well received and the move to a daily title has also given a massive boost to the title’s online audience.

“We’ve also been really lucky to have Ken Bennett on board for the launch.

“He’s a hugely experienced reporter and has been freelancing for the Times for a good while now. He’s our eyes and ears in Oldham and really helps us connect with the readers.”

Times owner Newsquest has also made a number of recent appointments at its other daily titles in the North-West of England.

Sophie May-Clarke has been made chief reporter at the Lancashire Telegraph, while Amy Farnworth is taking on a senior digital reporter role covering breaking news across the wider Lancashire patch.

Peter Magill has also been named as audience and content editor for the Bolton News.