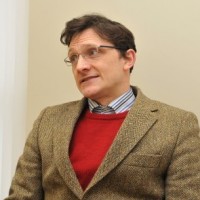 A local democracy reporter has won what she described as a “tough fight” to be able to cover a council’s health meetings.

Tanya Fowles, who works for the BBC’s Local Democracy Reporting Service in Northern Ireland, will now be able to cover discussions of health matters at Fermanagh and Omagh District Council after a vote by councillors.

Tanya had first requested access to the council’s health group meetings at the height of the pandemic in 2020, but this was refused on the grounds legislation did not permit council groups of this nature to be accessible.

The matter was then taken up with Deirdre Hargey, Northern Ireland’s Minister for Communities, and a proposal was made to upgrade the authority’s health and social care advisory group to a subcommittee, allowing public and press full access for the first time.

Members of the council’s policy and resources committee meeting voted by a majority to upgrade.

Independent councillor Donal O’Cofaigh, pictured, proposed the move, even though the upgrade will cost him his seat on the new subcommittee.

He told the meeting: “The legislation commits council to ensure public and press access to committees and subcommittees, but why can’t we establish this for all committees? There’s nothing to say we can’t provide access to all our meetings when we decide to.”

Seconding, Independent Councillor Emmet McAleer said: “It’s only right and fair that given the relevance and importance of health, press should have access and the public too, if they wish.

“Journalists have access to reports, court hearings and proceedings where there is confidential material, and can agree not to report such matters or leave the room when it’s being discussed.”

He added the council “needs to promote openness, transparency and accountability and allowing the press in will ensure that”.

Ulster Unionist member Victor Warrington proposed the health group status was retained, which was seconded by party colleague Councillor Alex Baird. However, the vote came in 21–13 in favour of enhancement to subcommittee status.

Tanya told HTFP: “It was a tough fight but we got there.”