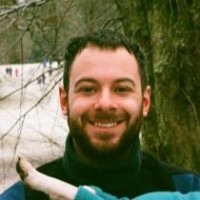 Tributes have been paid to Jamie Shuttleworth, head of social media at the Glasgow Times.

Jamie, pictured, was a “passionate” advocate for removing the stigma around mental health and earlier this month opened up on his own struggles in a first-person piece for the Times.

Callum wrote: “When I first met Jamie Shuttleworth he was already working for our newspapers as a full-time freelancer. The onset of the pandemic had meant that a plan to bring him in to a staff role had to be put on hold.

“I took over as his manager later that summer, and in the space of our first conversation I was convinced this was somebody that just had to be a key part of our Glasgow Times team going forward.

“He knew his stuff, he had brilliant ideas, but, most of all, he had a relentless enthusiasm and energy for journalism which rubbed off on everybody else.

“As I worked with him more and more, it became clear that I had to make the case for us to give him a full-time staff job.

“But I also knew that nobody could make that case better for Jamie than Jamie himself. He was his own best advocate. All you had to do was put him in front of somebody, and they couldn’t help but be dazzled.”

Jamie had also worked for STV, Glasgow Live and the Daily Record before joining the Herald & Times Group.

In his role with the Times, he also worked with Newsquest’s regional audience content editors across the country.

Callum added: “He managed to get to know just about everybody in our company in less than a year with us – and despite the fact most people have been working from home.

“He also had so much time for all of his colleagues – in the space of a short conversation he had the knack of somehow making you feel like you were the most important person in the world.

“One of Jamie’s greatest passions was talking and writing about mental health, and we would encourage anybody who may be struggling today to reach out and seek help.

“Our thoughts go out to all his friends, colleagues and family who are devastated this week.

“I know that everybody he touched will want to come together to find a way to ensure his legacy lives on in the coming days, but for now we’re all just mourning the loss of a colleague who was deeply loved.”

Catriona Stewart wrote in an obituary for the Times that Jamie was “passionate about working to remove the stigma around mental health”.

She added: “Jamie was very open about his own struggles and encouraged other people to be open about theirs.

“On Time To Talk Day in February this year Jamie filmed a raw and honest video, speaking about his mental health. He often used social media to talk about the issue.

“And earlier this month for Mental Health Awareness Week he wrote a first-person piece about living with mental health problems.

“Playing football and finding solace in friendships with the other men on his team, Glasgow Caledonian United, was something he said helped him to cope and he encouraged others to similarly talk to friends.”

Jamie is survived by family, friends, colleagues, his partner Ruth Suter and his dog Arlo.