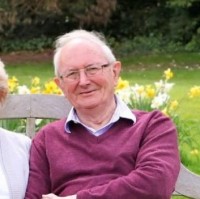 A former deputy editor at a regional daily has died aged 88.

Tributes have been paid to Peter Owen, who was second in command at Essex daily The Echo.

He had recently suffered from pneumonia, heart problems and kidney failure.

Pater’s 85-year-old wife Sylvia, to whom he had been married since 1956 after meeting when they both worked at the Thurrock Gazette, told The Echo: “I was with him when he died as was one of our daughters and he died peacefully.

“We miss him very much and the family is coping. There’s been someone with me all the time.”

His daughter Sue Moore, 61, also paid tribute to her father.

She said: “It’s still such a shock. We have so many fabulous memories of dad. He loved travelling and going on holiday and we have lots of memories of our holidays away.

“He was very hard working and was always there for us and as children we would always look forward to him coming home. He was a lovely father.”